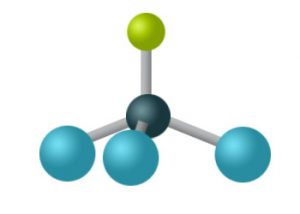 What You Need to Know About Freon Requirements

There is a lot to know about the scheduled freon phaseout and how it affects consumers.  It’s important to be informed so that you know how your systems are affected, the laws pertaining to freon use and how to make sure you are in compliance with the law. Click on any link below to read more:

Freon and the Law

Freon is a refrigerant used for most home heating, ventilating, and air conditioning (HVAC) units in America. While only a brand name of DuPont, the name “freon” often represents all HCFC refrigerants. The makeup of freon includes hydrogen, carbon, fluorine, and chlorine, or HCFC (hydro chlorofluorocarbons).

HCFC was created to take the place of a refrigerant containing carbon, fluorine, and chlorine, or CFC (chlorofluorocarbons). It was argued that HCFC was safer than CFC because HCFC is nonflammable, nontoxic, noncorrosive, and odorless. After a long debate the CFC was finally phased out and HCFC was established as the most common refrigerant.

In the mid 1970’s new studies showed that HCFC was perhaps safer for use in homes but more damaging to the environment. The combination of hydrogen, carbon, fluorine, and chlorine create what is known as a fluorocarbon. Fluorocarbons have been monitored closely over the last 40 years. Thorough research has proven that their damaging effect on the ozone layer is a major threat to the environment. This finding quickly gained the attention of the federal government who stepped in to strictly regulate freon and other HCFC refrigerants.

Freon is regulated by the Environmental Protection Agency, or EPA. The EPA works as part of the United States government to develop solutions and create laws to protect the environment. It is the EPA who declared freon was an Ozone Depleting Substance which must be “phased out” slowly. To do this properly the EPA joined forces with the international efforts to eliminate ozone depleting substances called the Montreal Protocol.

Montreal Protocol is an international project developed in 1987 to prevent damage to the ozone layer by banning all ozone depleting substances. Most countries around the world began enforcing the project shortly after it was created. The United States got a late start but as of January 1, 2010 is fully involved.

As part of the Montreal Protocol the Environmental Protection Agency has begun a Phase Out program which will lead to a U.S. ban on all ozone depleting substances. The targeted ozone depleting substances include all HCFC freon refrigerants; commonly referred to as HCFC-22 (R-22), and HCFC-142. The Phase Out works by slowly mandating the use of HCFC freon to the point of nonexistence.

What This Means for the Consumer

Regulation of Freon in HVAC Units

Laws for Manufacturing and Purchasing Freon

By phasing out freon over 20 years the Environmental Protection Agency is working to prevent stress of those with HVAC systems requiring the soon to be illegal refrigerant. Many environmental experts are working to put substitutes on the market for an easy transition into a safer alternative to HCFC refrigerants. With many lessons learned the EPA is confident these alternatives will benefit our environment which only helps the consumer. In addition, the substitutes will also quickly grow to meet demand to ensure that no home be left without adequate heat and air.

How Does the R-22 Phase out Affect Consumers?

Availability: R-22 must be recovered and recycled (for reuse in the same system), reclaimed (reprocessed to the same purity levels as new R-22), or destroyed. This could take some time but could also mean that R-22 will not be widely available.

Cost: with dwindling supplies, the consumer should be aware that prices of R-22 may increase. This is just the basic supply-demand economic forces in play.

A Common Sense Approach To Servicing Your System

Along with prohibiting the production of ozone-depleting refrigerants, the Clean Air Act also mandates the use of common sense in handling refrigerants. By containing and using refrigerants responsibly — that is, by recovering, recycling, and reclaiming, and by reducing leaks — their ozone depletion and global warming consequences are minimized. You should always select a reputable dealer that employs service technicians who are EPA-certified to handle refrigerants.

All our technicians are certified to “Section 608 certification” of the Clean Air Act that requires minimizing releases of ozone-depleting chemicals from HVAC equipment.

You should consider energy efficiency, along with performance, reliability and cost, in making your decision. And don’t forget that when purchasing a new system, you can also speed the transition away from ozone-depleting R-22 by choosing a system that uses ozone-friendly refrigerants like R-410 which is gaining widespread use for higher efficiency systems.

For more details on the Clean Air Act and to get more educated on the laws, please visit the EPA Site.

There have been a number of myths and misconceptions about R-410A refrigerant and air conditioners that use it that we have heard over the years. Some of these are completely untrue, and some are simply exaggerated. Here are some of them:

R-410A costs are much higher

As with any new technology/product, the initial manufacturing process costs are higher. The same is true for the non-ozone depleting refrigerant R410A. With the deadline to change refrigerants, as more suppliers start manufacturing R410A, the cost will come down.

Over the next few years, you will see prices of R22 systems go up as these manufacturers have to switch production to R410A systems that are mandated by law.

R-410A technology is new and it’s better to wait

Air conditioners using R-410A have been available in the U.S. since the mid 1990” s, so they’re not new. They’re new to people who haven’t heard about them, and the fact that there will be no R22 systems going to be manufactured in years to come.

R-410A air conditioners are prone to break down more often

New technology used for R410A systems are designed and built with a heavier gauge metal to provide heavy-duty operation. This has the effect of less vibrations that lead to fewer equipment failures; additionally, this also reduces noise levels.

Manufacturers require their distributors and technicians to be fully trained on R-410A before they can sell, install or service R-410A equipment. As a result, a properly installed and maintained R-410A system is more reliable.

With over a million R-410A air conditioners operating worldwide, and nearly a decade of field testing and product history, there is no evidence to suggest that R-22 systems are any safer than systems that contain R-410A.

R410A systems are rigorously tested by their manufacturers, as well as by independent safety testing laboratories such as Underwriters Laboratories. Most of the negative comments are from independent installers and equipment suppliers who are not certified and trained by the manufacturer.

Making AC Colder: Efficient Use of Your Air Conditioner
Scroll to top